The last couple of days went by so quickly and it was time for our holidays, a trip to New York.

We arrived 2 hours in advance for the check in at Hamburg airport, but the queue was already long so we were the last ones who checked in. The staff couldn’t find our reservations and it was getting hectic. We rushed through the fast lane to get to the boarding counter when J. all of a sudden realized he had forgotten his netbook on top of his luggage at the check in. So we kept the boarding service staff busy in order to check out if it was possible to get uit back. We had given up hope of ever seeing it again and the plane was almost ready for take off when a security guy came in, with the netbook in his hands!

The next 9 hours of flying where uneventfully which wasn’t really a loss. As I had claimed importing food into the USA of course the custom officials at Newark wanted to see our luggage.  I always bring some gluten free food wherever I travel to be in stock before I find out where to buy it.

We took the Airtrain, switched to New Jersey Transit, arrived at Penn. Station, bought the weekly metro pass and took the A train to Brooklyn. It was an express though and we realized this one wouldn’t stop at Lafayette Ave. so we simply asked the people in the train. Two of them weren’t NY citizens either but had a map, then a lady with two small children advised us to switch trains at Jay Street and take the C train for 2 stops. 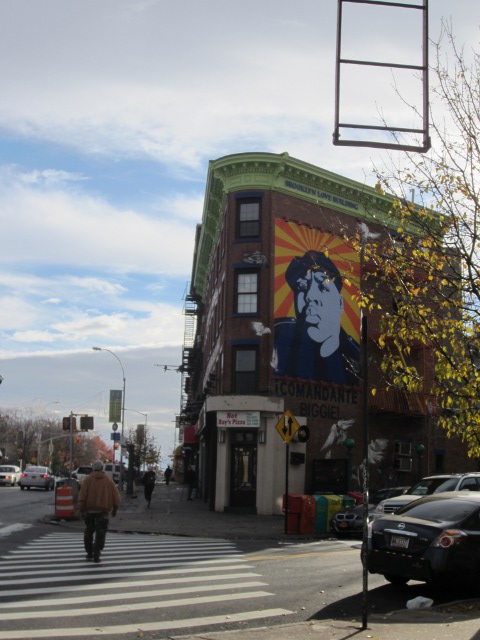 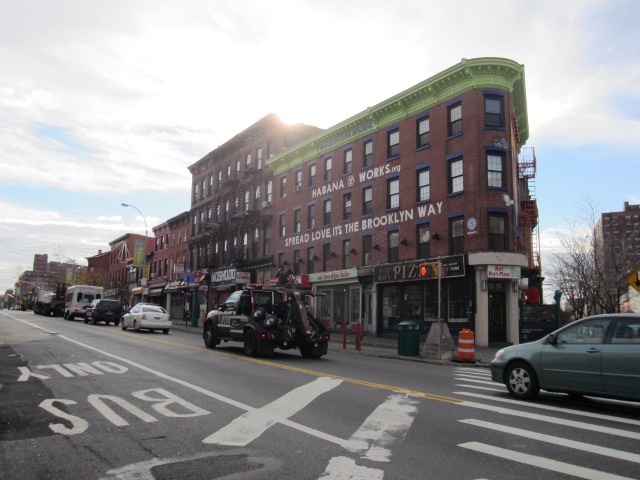 We got out at Lafayette as expected and found ourselves in a Spike Lee movie-ish scenery: in front of a building with a big graffiti for the memorial of Biggy Smalls aka Notorious B.I.G., a pizza corner shop (NOT RAYS PIZZA!) and some hiphop guys crossing the street. 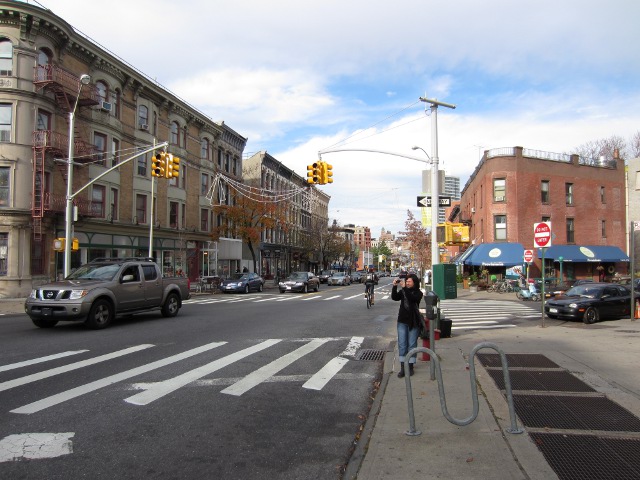 After taking some picures and gaining back orientation we found our apartment pretty easily. Our landlord gave us some hints for exploring Brooklyn and we found an even better way to use trains to Manhattan at Atlantic-Pacific Station just around the corner of our house.

Later on we went out to take a walk in our new neighbourhood Fort Greene, did some shopping and had an excellent dinner in an Ethiopian Restaurant nearby. By the time we got home we had been on our feet for almost 24 hours. 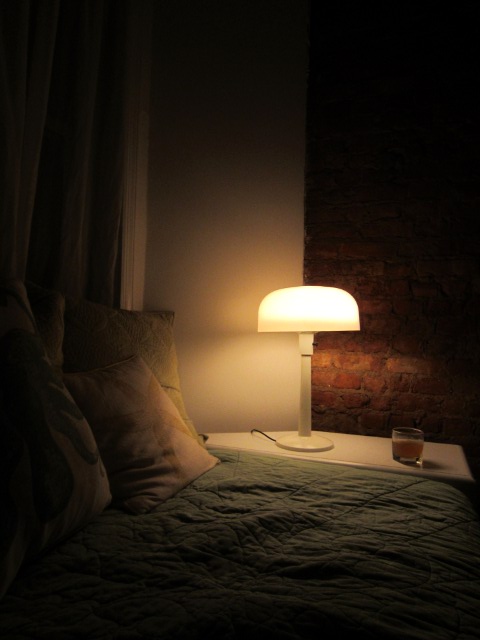