A couple of days before, I saw a graffiti at a wall right next to the busstation I am usually waiting at. To be more precise, it was one of these modern artworks made of paper, easily and safely prepared by the artist at home and quickly stuck on a wall. Times have changed apparently, as I see these kind of graffities more and more these days. Definitely a safer way to go but unfortunately they don’t last as long as their sprayed counterparts.

I looked at the cat smirking towards the street and got reminded of graffities I noticed about 10 years ago during a holiday trip to Paris. 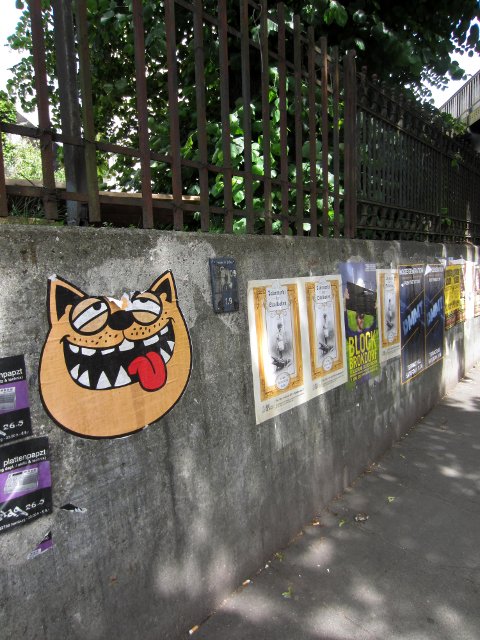 Then, the other day, I saw the same cat on another wall.

“Monsieur Chat must have moved to Hamburg!” I thought and decided to do some research about old pictures in my head and on my PC.

There he was, M. le Chat from Paris, appearing on the walls of houses in Paris always different but always with the same face showing his teeth. While my memory got refreshed this wasn’t the same cat I saw in my neighbourhood, I was wondering if someone got inspired by M. le Chat, taking him to another level of modern stickers in a different town. 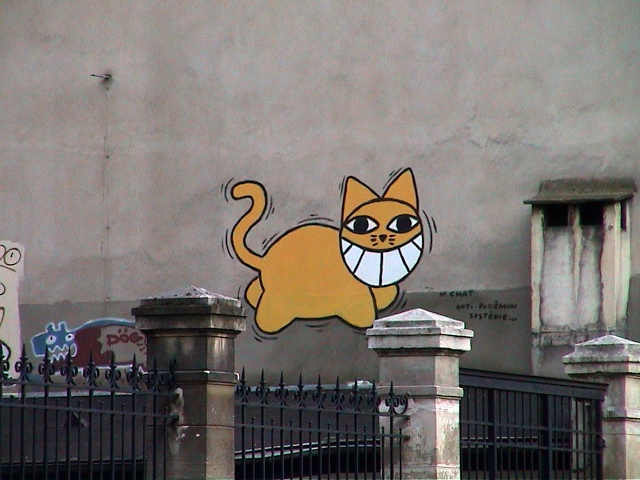 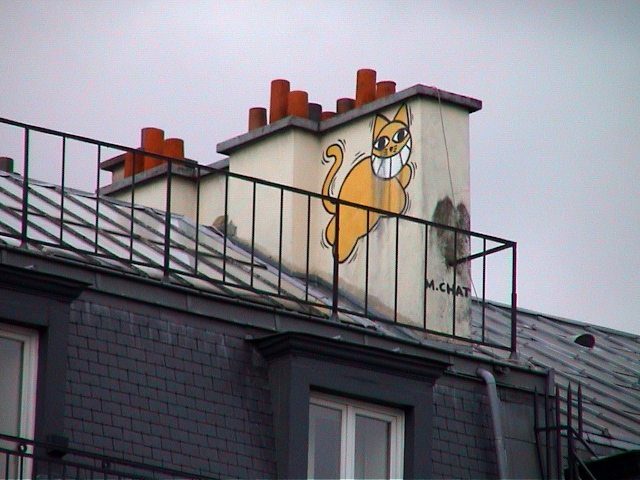 And while I was pondering now 10 years later about the same question again who the originator of that cat could be, I started researching on the internet about Monsieur Chat. 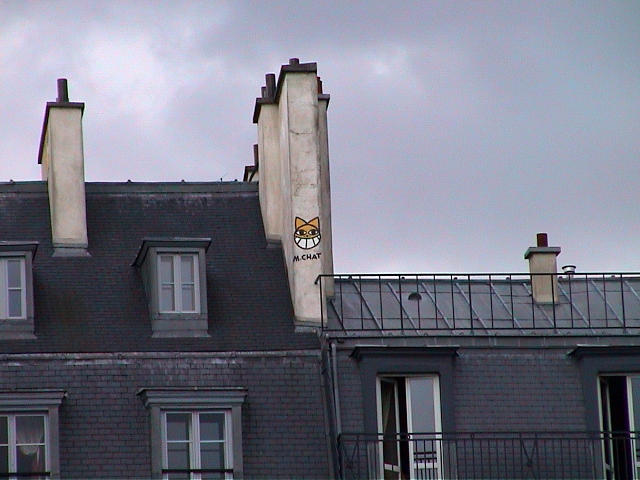 The first google hit I followed was a french fansite, it had only a few fotos but apparently the blogger found him in Paris the same year I was there. The writer of the website even made the effort to create an favicon for the tab but the site itself was outdated. 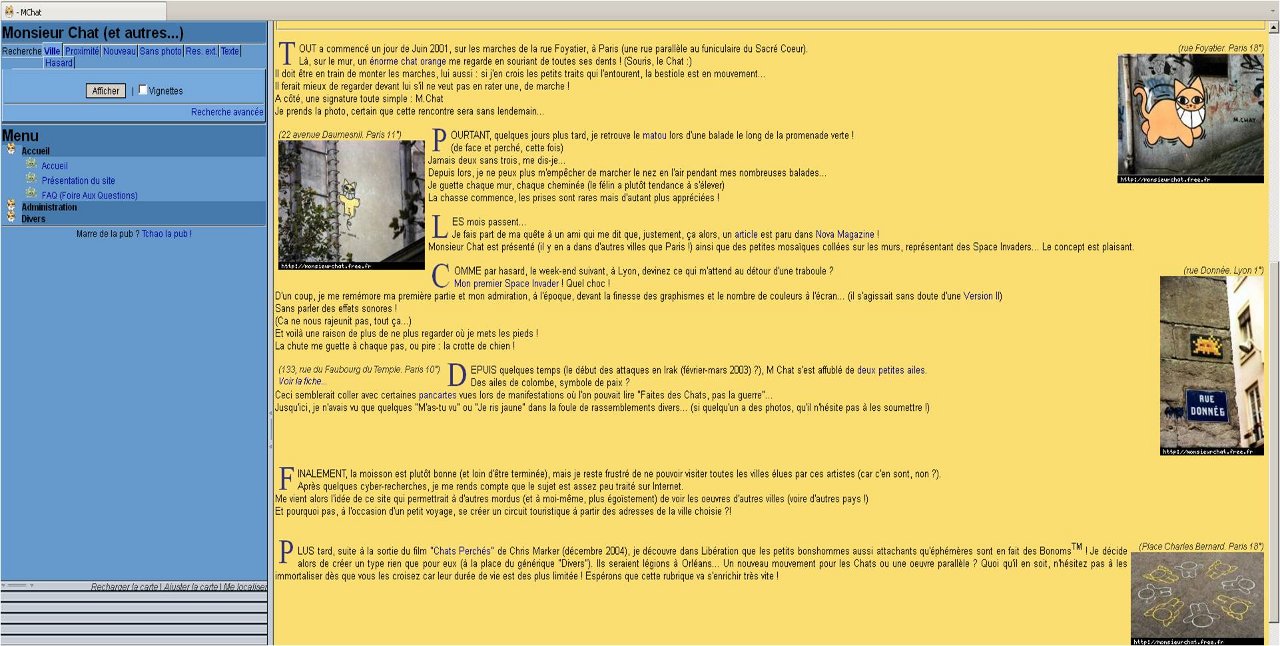 I swapped google to images search and found more of him. Some graffities I noticed while straying around in Paris, some I missed out on. 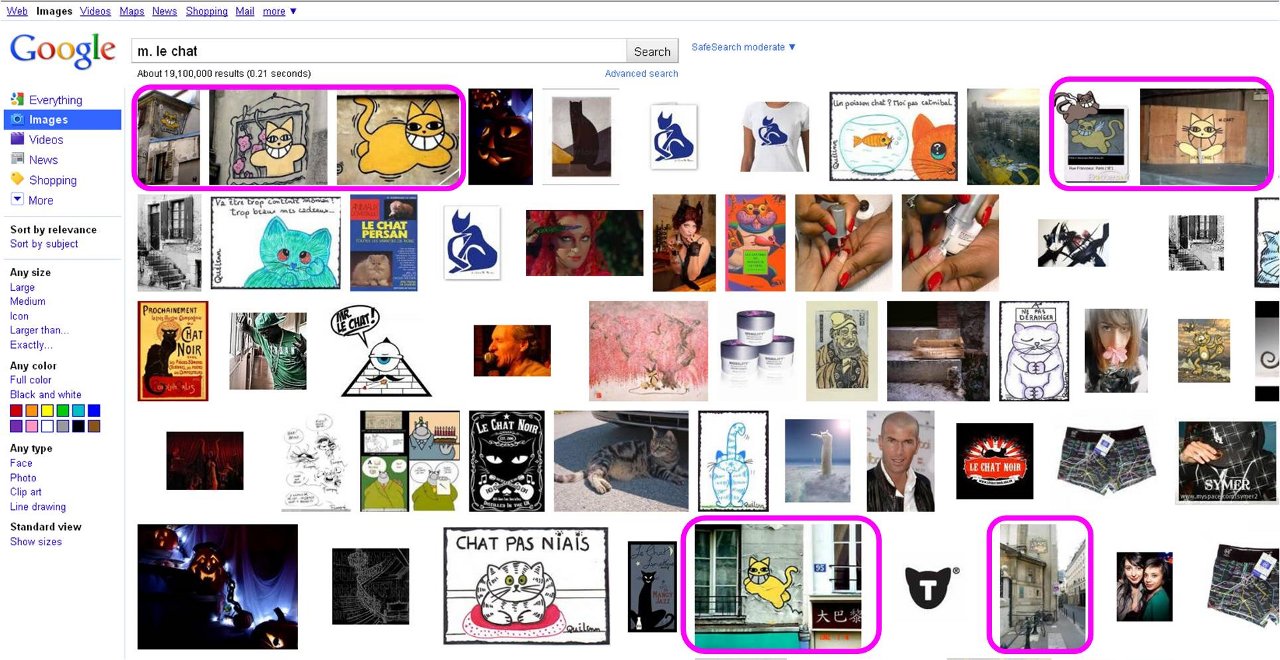 I hovered over the pictures and stumbled over one from a bird’s eye view. That crazy artist had sprayed the cat all over the huge plaza at Centre Pompidou Paris! 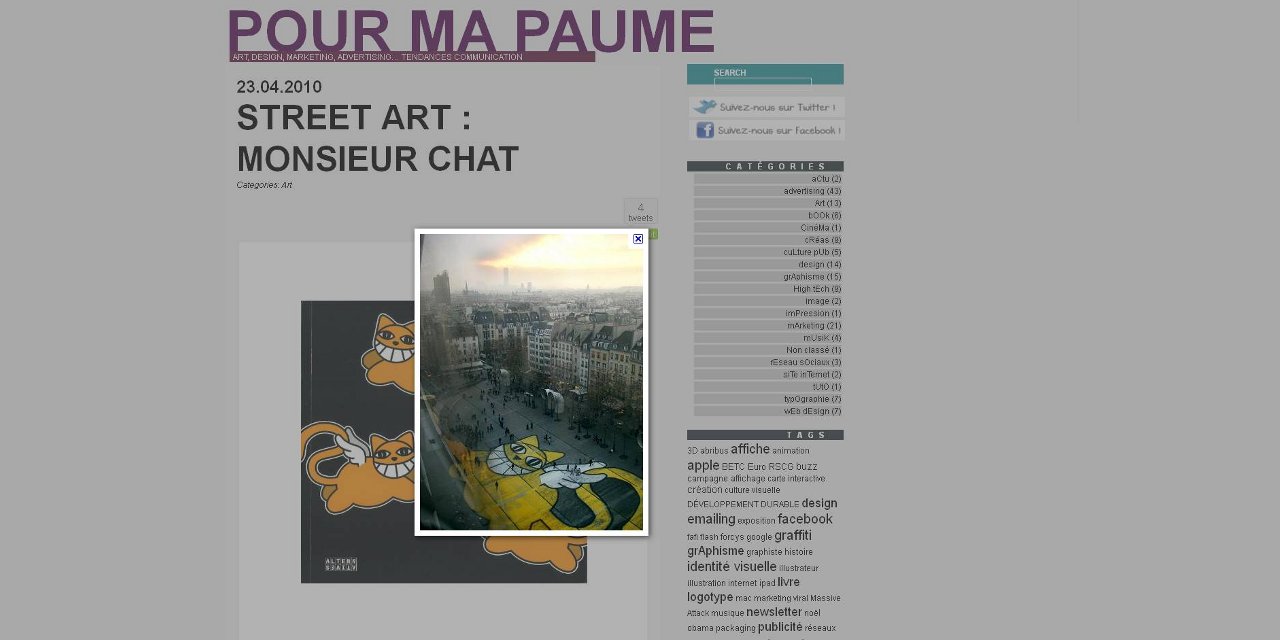 When I clicked the image, it lead me to another website with more fotos and activities and finally solved the mystery of the artists name: THOMA VUILLE.

He left his Mister Cat on many houses in towns like Paris, New York, Amsterdam or Sarajevo and got attention from so many people around the world.

The world is an amazing place with a lot of small things to discover if you only walk with open eyes and an open mind. With the invention of the internet every single moment can lead to a background story to be found any day in the future, blurring time away like it never existed. 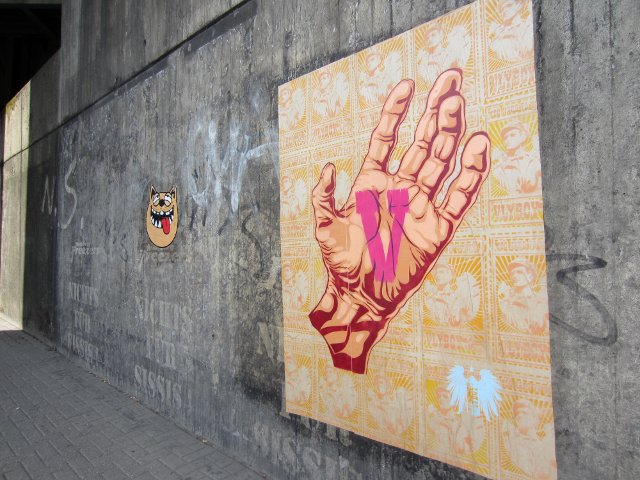