Again another great sunny morning, a perfect match for a Helicopter flight! On the way to 6 E River Piers a promoter talked to us explaining his company’s offers and we got a flight spot superfast without long queues. 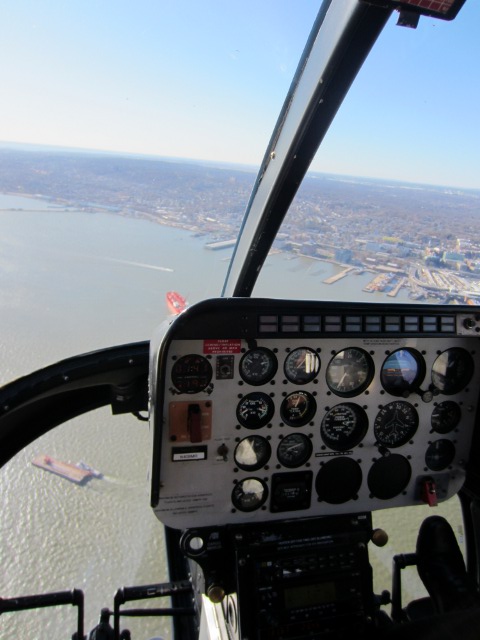 I was lucky and got the seat in the cockpit next to the pilot, what a thrill the view from above was! 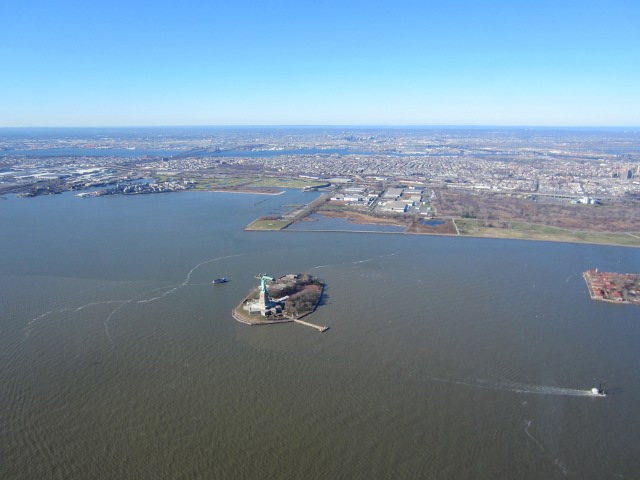 This was my first helicopter flight ever, but surely it won’t be my last… 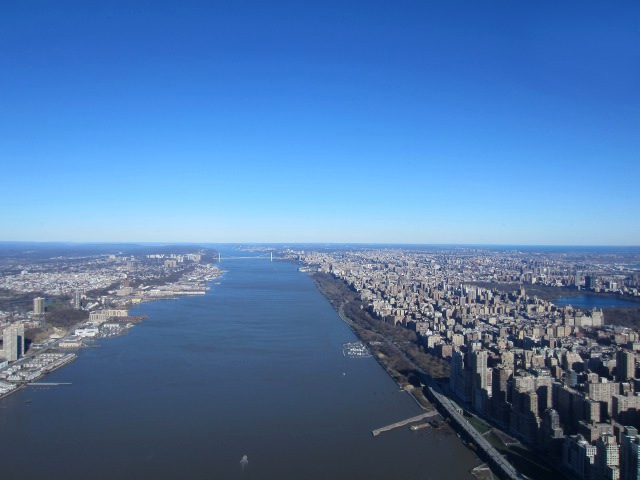 You don’t need to book online, there are several companies competing with each other at similar prices. They all start at the same Pier, just go there and pick the fastest departure. 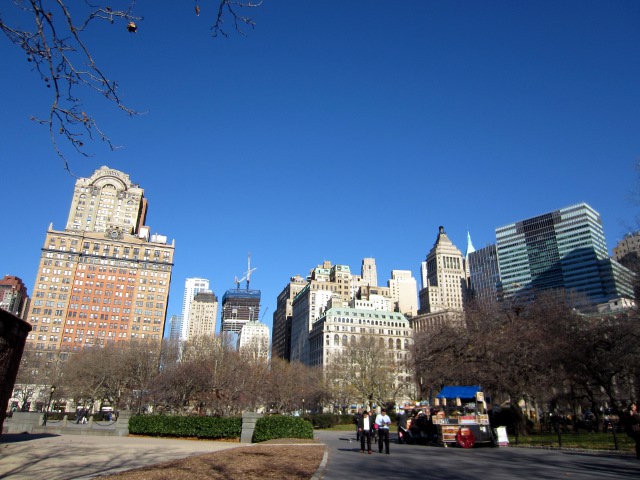 As we where close to Battery Park, we walked over to have a look. 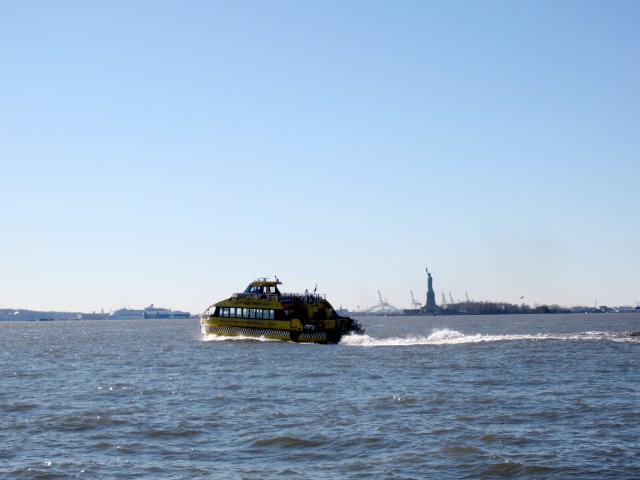 The park is directly at the shore and offers a great view on the Hudson River, the busy New York Water Taxis, the Statue of Liberty and New Jersey far in the back. 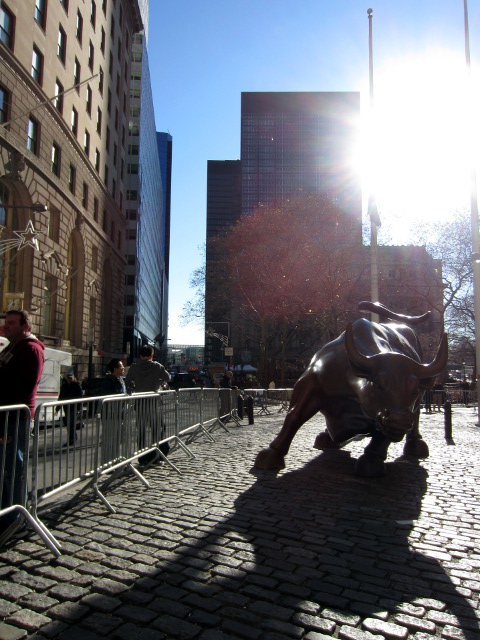 We followed our route to Wall Street, which was crowded with tourists and police but not with occupants as expected. From the newspapers we found out later, that the police had a sort of “clean up” only a few days before we got there… 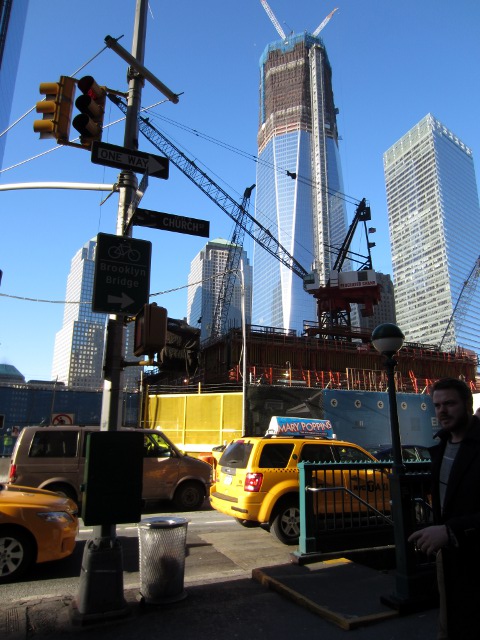 Ground Zero was an incredibly loud and busy construction site. Tourists where allowed to enter the area only in groups and with a daily ticket of limited time, in order not to disrupt the work. 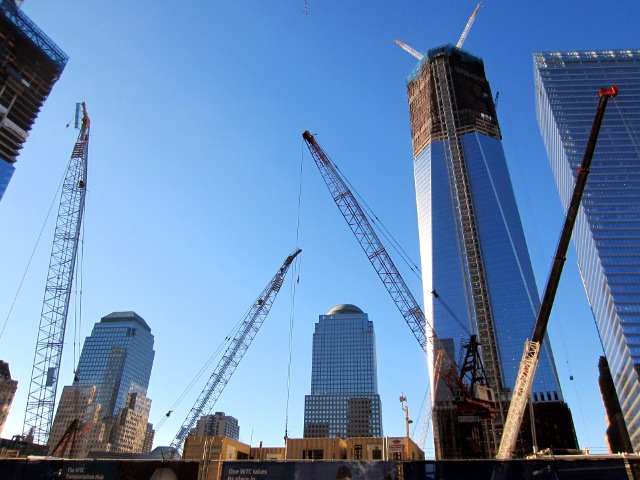 The ticket was free of charge and available at the office further north. When we finally got through the traffic and arrived, we decided not to go back again but leave it for another time when the new memorial will be finished. 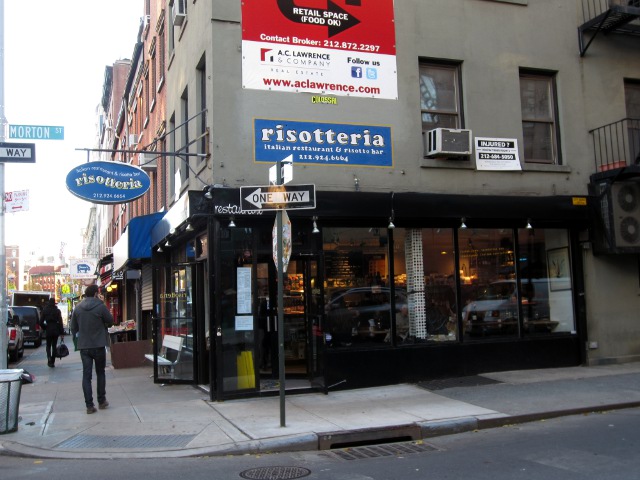 Meanwhile we got very hungry so we decided to walk further up north to the West End to eat lunch at the gluten-free Restaurant Risotteria. 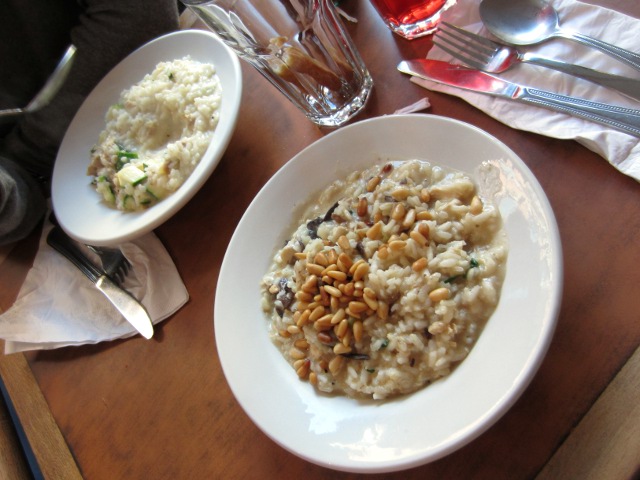 It was crowded but we got a table for two and the food was just amazing, J. took this picture to show the appealing quality.
They also prepare take-away – I can highly recommend to taste anything on their menu, even if you don’t have the time to eat inside the restaurant. 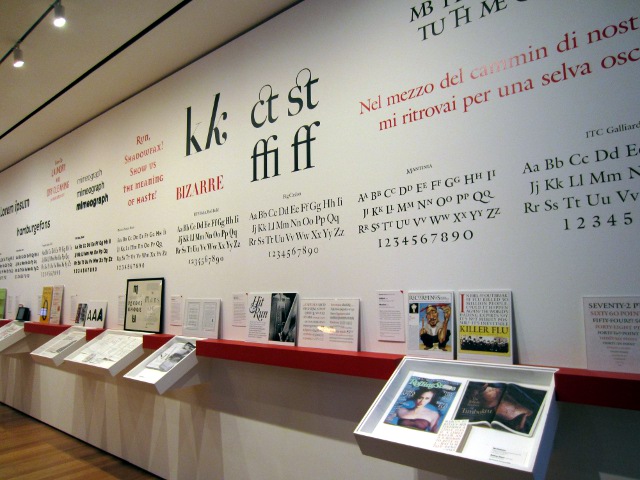 After our rest we thought visiting the MoMa next would be a great idea. 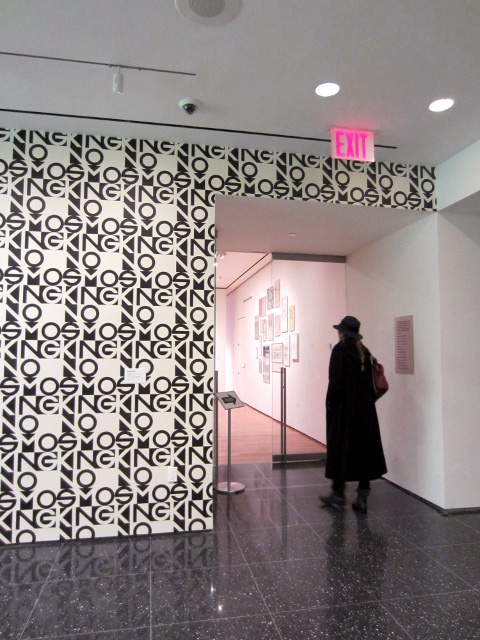 Even wall decoration can be art. 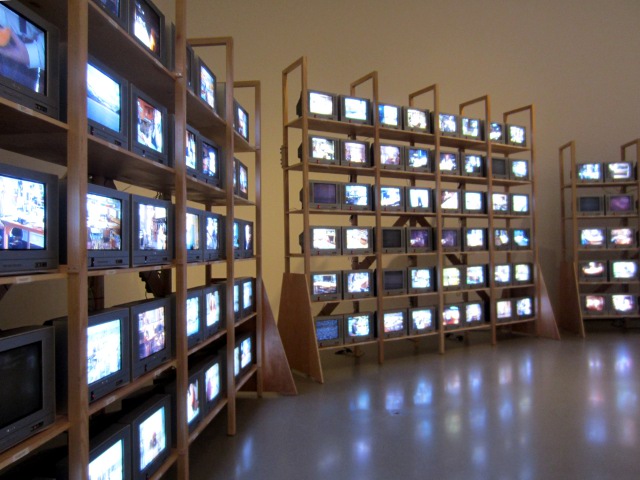 A year of everyday trivia, recorded before the artists death and displayed in infinite loops on loads of monitors. 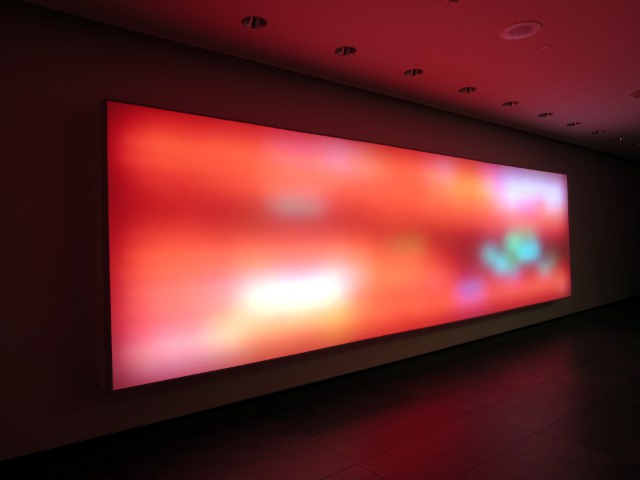 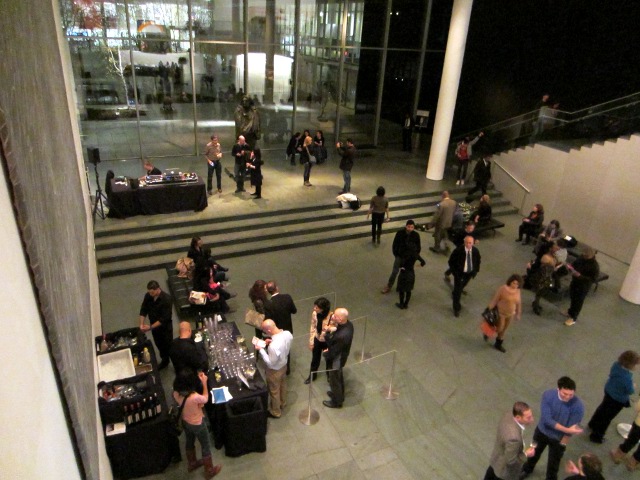 After a couple of hours in the museum we wanted to leave… but the bar in the lounge had just opened and the DJ turned up the volume. That’s New York – you need to be in the right place at the right time for the perfect event! 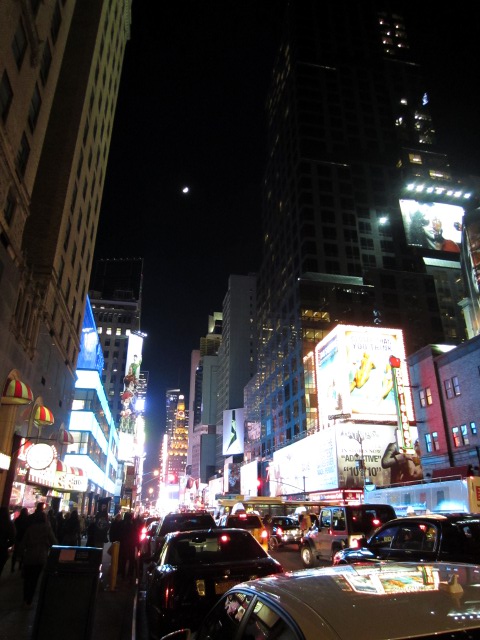 A walk to the Times Square at night seemed to us like the perfect closíng for a long day in Manhattan. 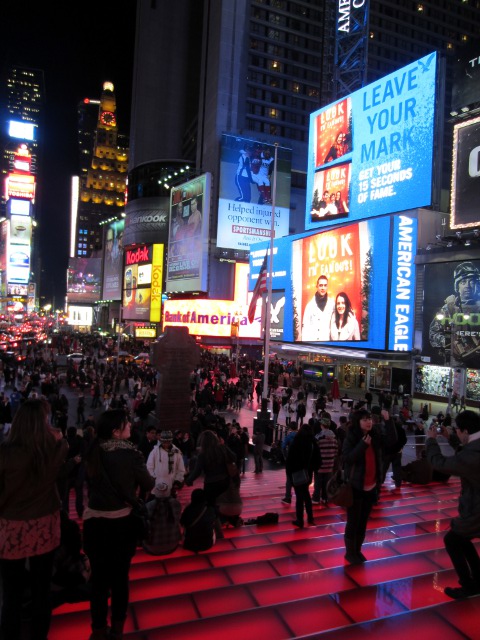 One hand in the air for the big city Street lights,
big dreams all looking pretty
No place in the world that can compare
Put your lighters in the air,
everybody say yeah, yeah, yeah, yeah!
(“Empire State of Mind”)