So this was the last full day in New York and we had almost emptyed our schedule for sight-seeing: only two parks and some shopping plans were left to do. 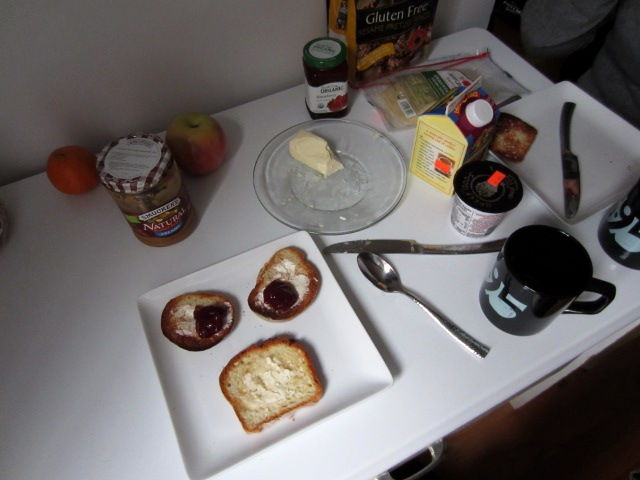 After breakfast with J.’s monster toast, which he kindly documented for us, we started off for a walk in – or rather “walk on” – the Highline Park. 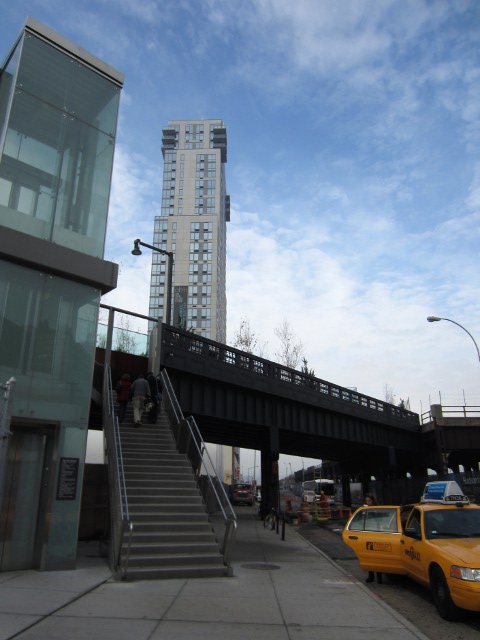 The park used to be an elevated railroad track in the meatpacking district, from 1934 to the 1980’s. Thereafter, nature sprouted on the soil and the track had been in ruins,  until it was turned into a park by a private initiative of residents. We had to take the stairs up to enter and started at the newer part, where the end of the track was still under development. 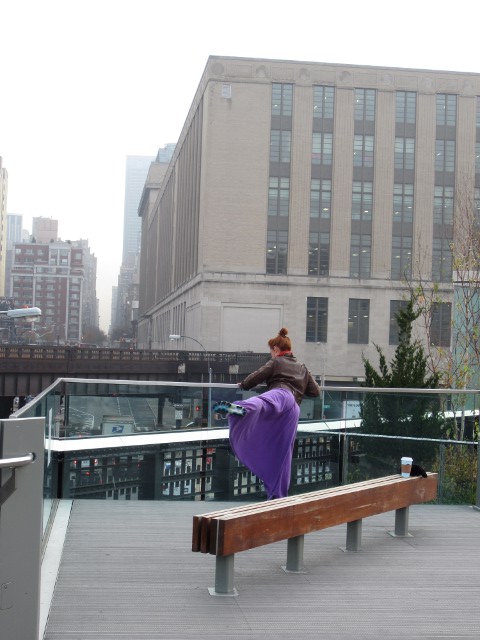 In big cities like New York, any natural space in the urban surrounding is appreciated and used in a meaningful way: doing Yoga is one those activities.^^ 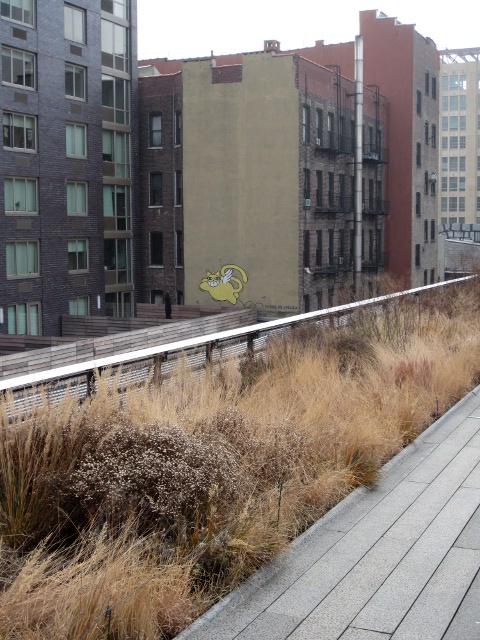 I was delighted to meet a well known face – the protagonist of an earlier story from my blog! 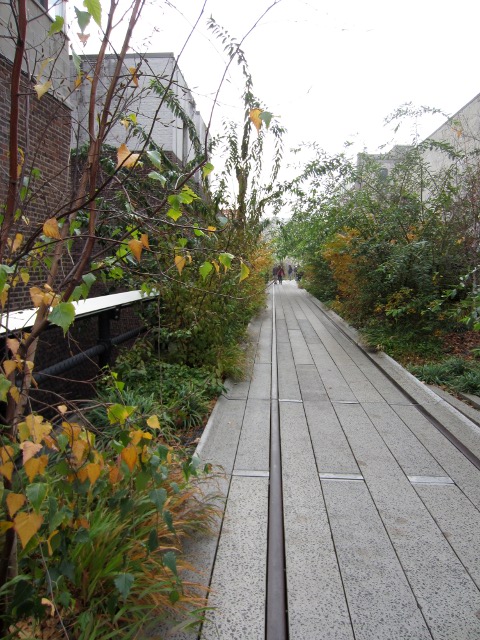 The park on the railroad had various sections with different themes that refer to it’s former utilization by keeping the tracks as a part of the path. 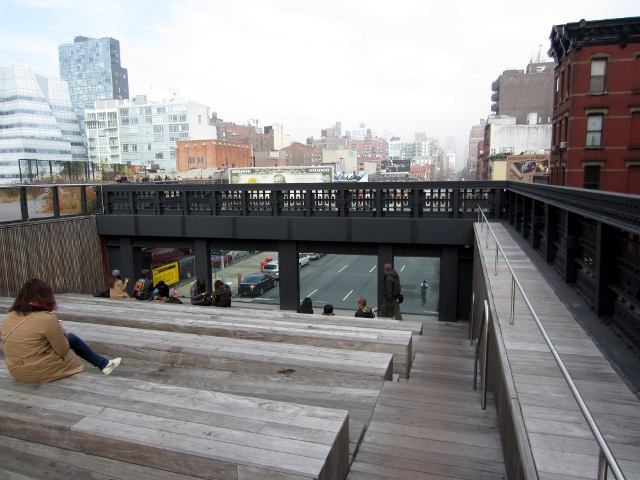 Even a lookout, designed like a theater, was integrated to sit down and watch and soak the atmosphere of the NY streetlife. 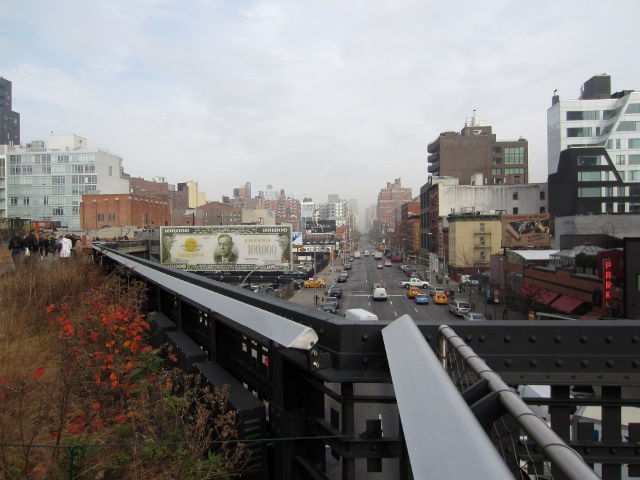 And then another NY being-at-the-right-place-at-the-right-time-moment happened when looking around. We saw the 100,000 Dollar Note by John Baldessari, which we then read about later at home in an article of the New York Times . 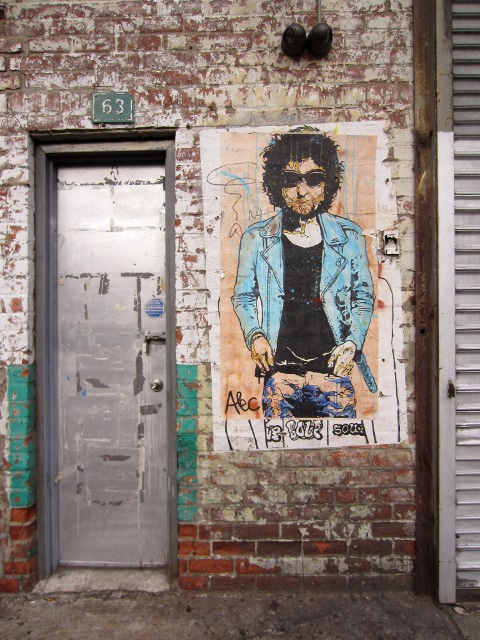 After the walk in the park I saw the first and only graffiti on our NY trip while wandering towards Westend Village – it was a safe and fast paper thing. Again, we dropped by at Bleeker Streets Risotteria, for lunch with gluten-free sandwiches and cupcakes this time. 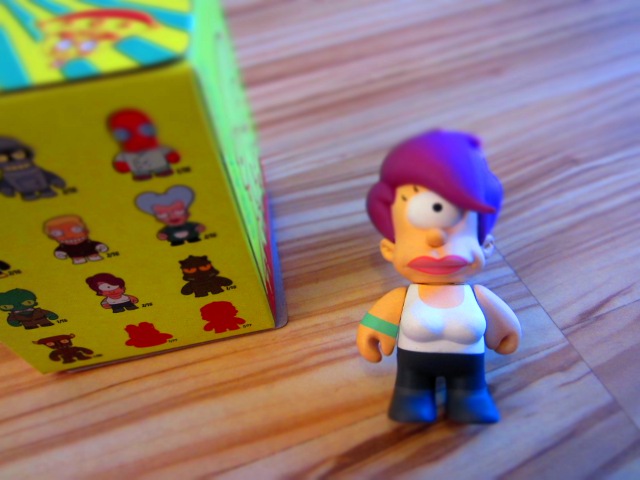 Shopping in Soho: Out of possible 12 Futurama mini figurines I draw the box with Leela – win! 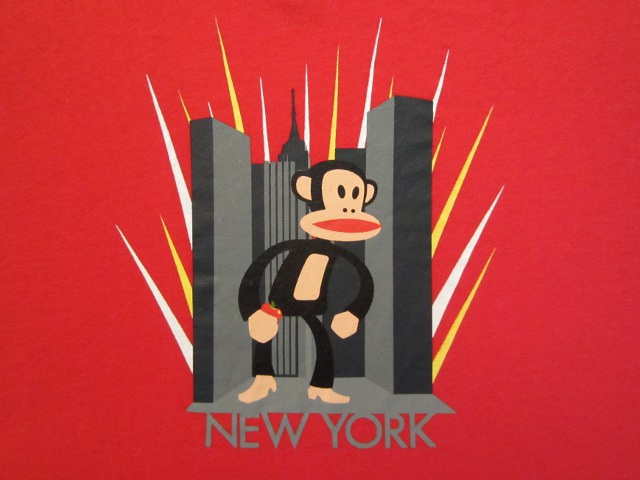 And of course snatching a cool new Paul Frank Shirt was mandatory for me. 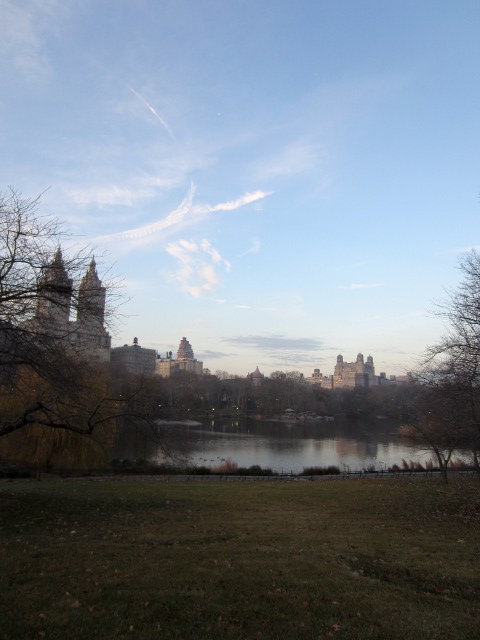 Once more a walk in the park. 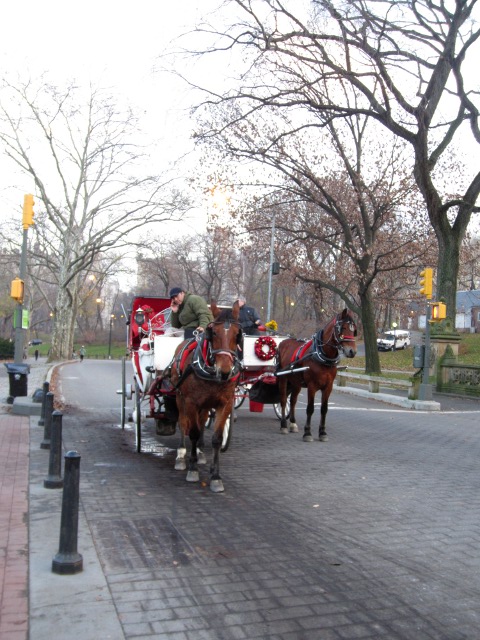 The carriage horses in the Central Park seemed to be trained to pose for the tourist cameras. 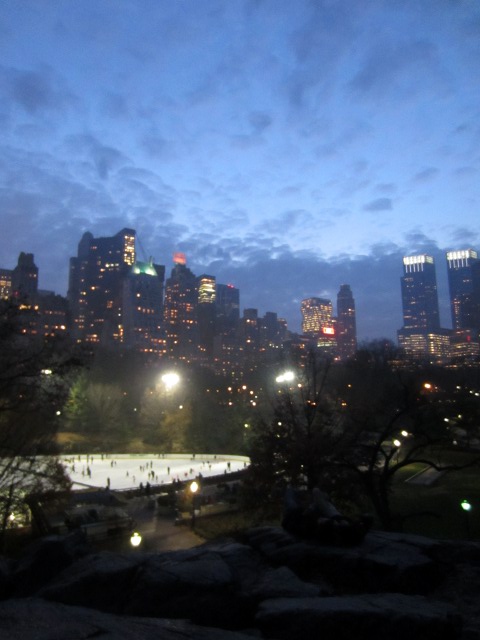 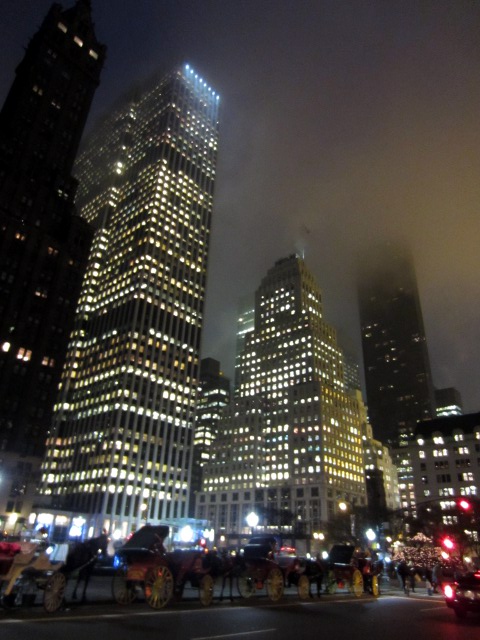 The weather was volatile the whole day, switching from sunny to grey skies, nightfall brought fog and the skyscrapers where hidden in the mist. 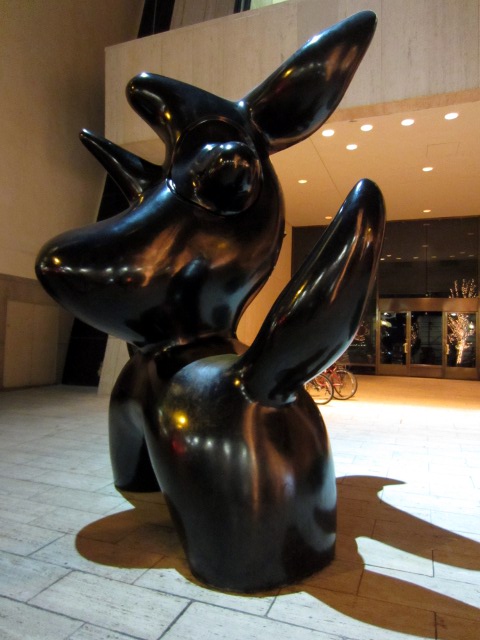 Cute sculpture on the way to the train back to our neighbourhood. 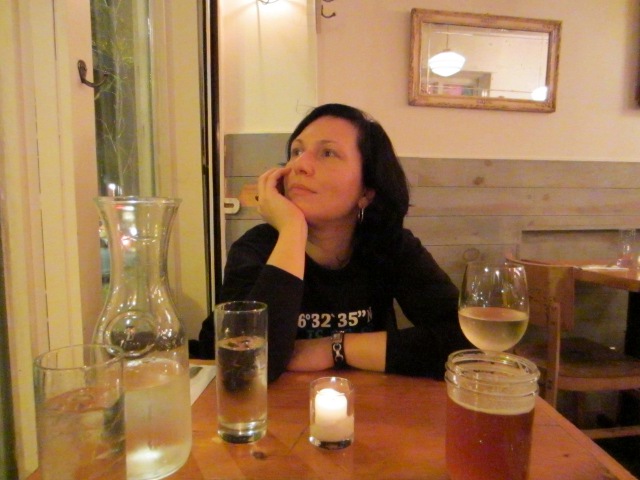 So there I was on my last night in Brooklyn, having dinner at The General Greene – thinking about the moments that passed by without a photo opportunity.
A wedding with “Sex & the City” lookalike ladies, dogwalkers with a bunch of dogs on leashes, starbucks macbook followers sitting at windowseats like chicken on a roost, or just crossing the streets ignoring the red traffic lights while hearing upset honking by cardrivers…